Why Standard Locknut Made the Jump to Doosan

For years, Standard Locknut made its high precision parts with Japanese machine tools. But when Brent Miller, Engineering Director, contacted Ellison Technologies and asked what they would do, they told him: Doosan. It was the beginning of a beautiful friendship.

For over 75 years, Westfield, Indiana-based Standard Locknut has manufactured their signature locknuts—and many more high precision parts. The company has a pristine reputation for quality and value, which is what led Miller to reach out to Ellison. “We probably wouldn’t have made the jump if it wasn’t for the amazing pairing of Doosan and Ellison,” he said. 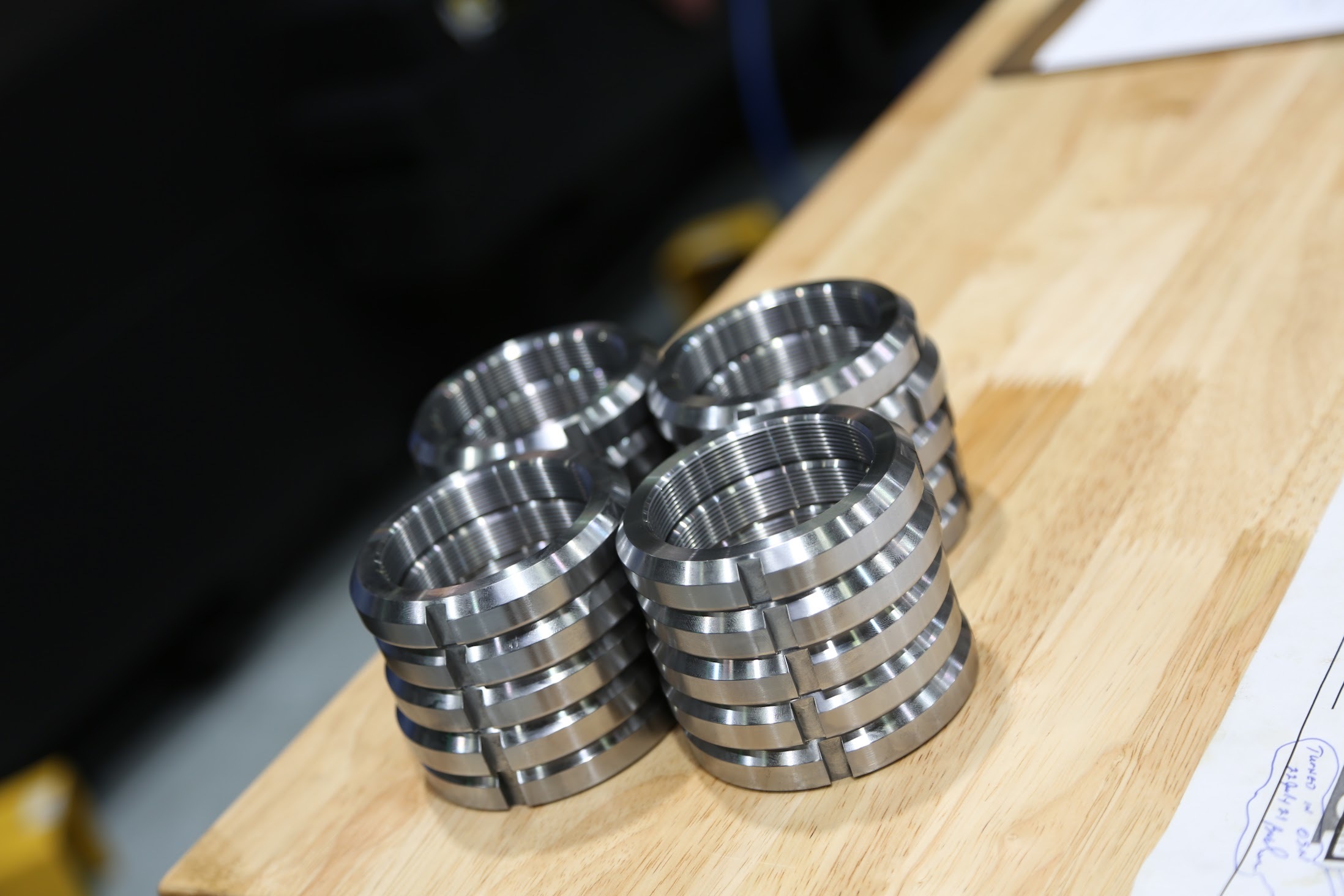 Miller joined Standard Locknut in 2019 with the goal of bringing a blank piece of paper to operations. Ellison was a valuable set of fresh eyes to him, and when he asked, “What would you do?” Ellison told it to him straight. 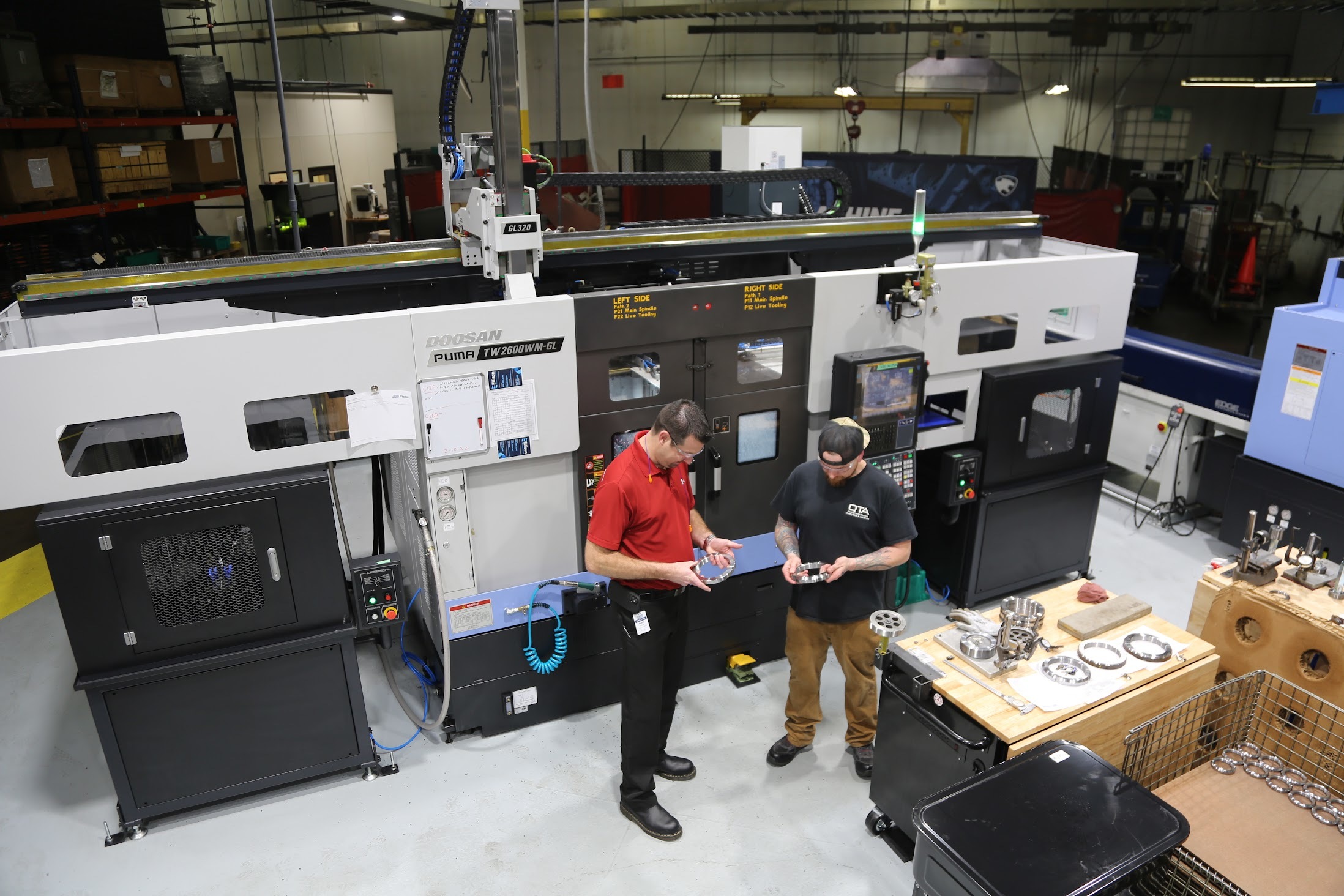 The company was turning out high volumes of large locknuts (up to 10” in diameter) on a gantry turning center without live tooling. This forced them to use a vertical machining center for slotting operations after the part was run on the turning center. “I wanted a gantry machine with the ability to handle the volume we need with a high rate of throughput. I’ve known Nick Muegge (Ellison Sales Engineer) for over ten years,” Miller said. “So, I gave him a call to see what he suggested.”

Nick’s recommendation was the PUMA TW 2600MW/GL320 Twin Spindle Turning Center with Integrated Gantry. Not only was the machine capable of combining the VMC and turning operations, but it produced midrange locknuts at an average 3.5-minute cycle time. “That was a 20% cycle time reduction,” Miller said. “It also reduced the number of operators needed for the process.”

As impressive as that is, the deciding factor for Miller was the options available on the Doosan. His order included a part-inspection chute (currently automatically singling out every tenth part for inspection), dual work stockers (which he can load in automatic mode) and an upgraded part capacity (for parts up to 17.6 lbs). “The machine platform was well thought out, too,” he said. “The competitor’s model would have needed modifications in the field, where as everything came installed on the Doosan from the factory.” 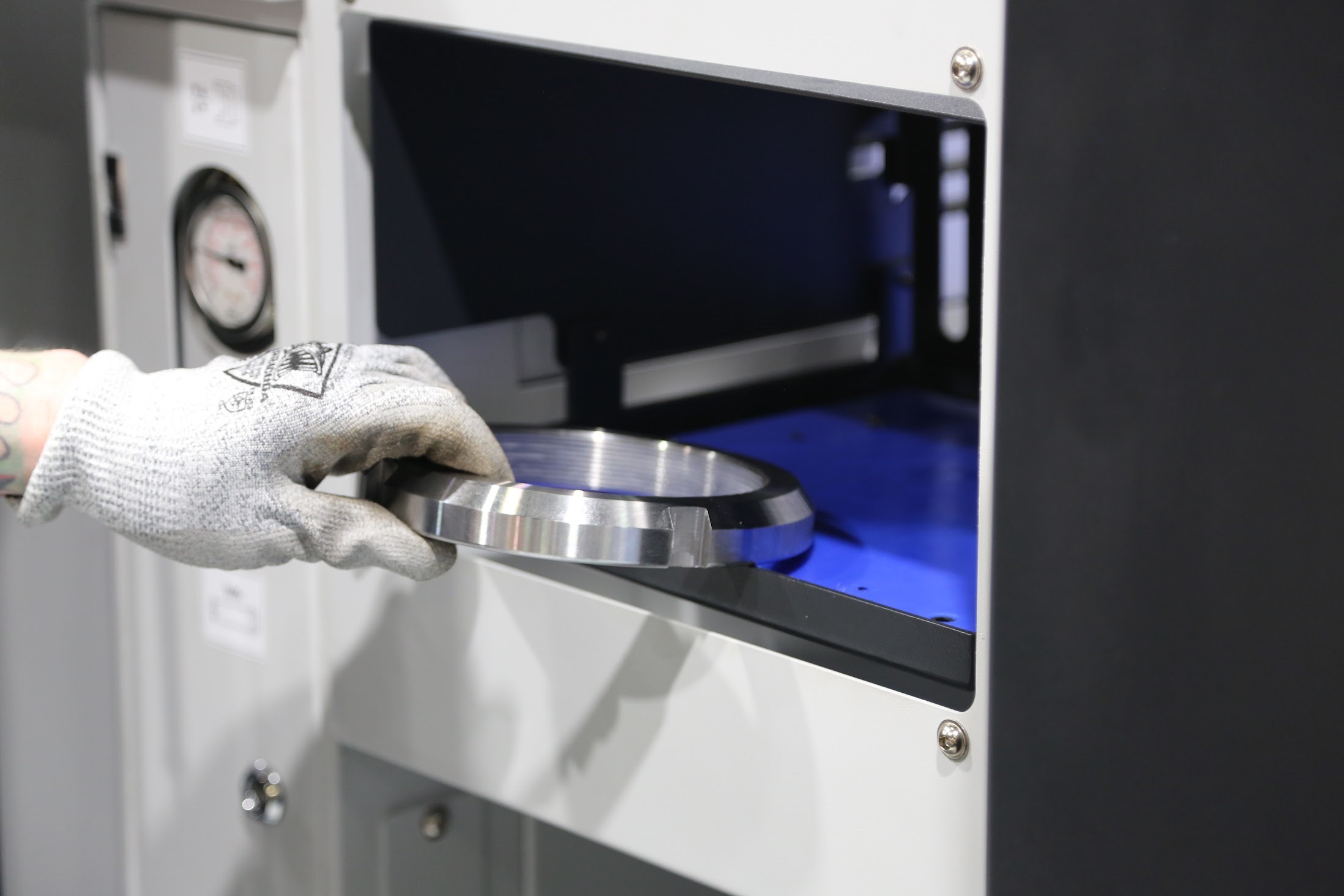 On Delivery Day, Miller recalls seeing the machine with the covers off and being impressed with the machine construction, particularly the rigid boxways and the counterbalance system on the backside of the spindles.

Standard Locknut is now running ten families of parts on the PUMA TW 2600MW/GL320. Changeover time is 45 minutes with a 12” chuck with quick change from SMW Autoblock. “Way down from the previous setup times,” he said.

In April of 2021, Standard Locknut bought a PUMA 2600SYB Y-Axis Horizontal Turning Center. It was joined by a second unit in July. “We were planning on just buying one, but another machine wasn’t holding tolerances and we were running parts through multiple operations,” Miller said. “Why put up with that when I knew what the PUMA 2600SYB could do?” 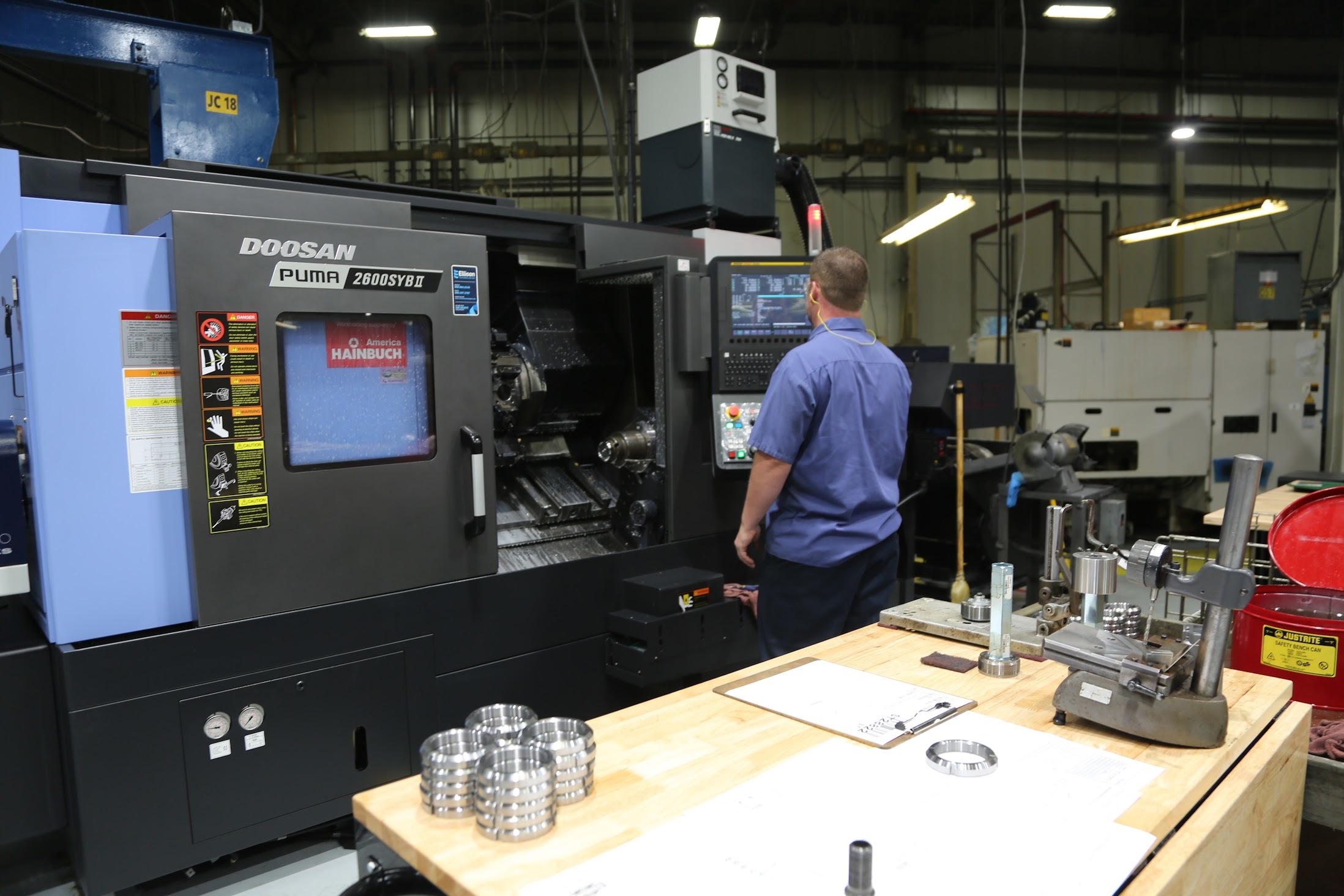 The first machine was used for induction heat-treated hub forgings that are part of fan cooling systems for off-road vehicles. The specs call for holding six tenths diameter and an RA 16 surface finish. “We make 12,000 of these parts a year,” Brent said. “That’s two shifts, five to six days a week.”

The second machine came with a 4” through hole for bar feeding. It was put to work making locknuts with a 4” and down OD out of 1026 carbon steel. Previously the job took three operations: sawing, gantry turning and milling on a VMC. With the PUMA 2600SYB, it goes from bar stock to finished part in one process. This machine also runs on two shifts, five to six days a week. “Currently one operator is running both turning centers,” Miller said. “Our goal is to run semi-lights out.”

For maximum flexibility, the Doosan turning centers are teamed up with workholding from HAINBUCH. The TOPlus 100 chuck allows operators to change from hydraulic hexagon collets to three jaw clamping in under three minutes. Collet changes are made in seconds. “This machine-overlapping of clamping devices lets us run chuck work and bar work on the same machine.”

“The PUMA 2600SYB’s are impressive,” Brent said. “Their rigidity allows us to be more aggressive when cutting, which reduces cycle times while maintaining tolerances.”

Another feature he likes is the discharge conveyor. “It may sound trivial, but it works much better than just dropping parts into a basket and risking a nick,” he said. “It’s another Doosan feature that really makes a difference.”

According to Miller, “We went with Doosan equipment after a lengthy evaluation process. While other machines may come close on performance and price, the deciding factor really came down to the outstanding people at Doosan and Ellison.

“For example, Russell Jordan, Ellison’s Application Engineer, was emailed about a performance issue at 4:00 in the morning. When I got to the plant at 6:30 a.m., he was already there. Instead of just replying to the email, he came right down to handle the problem personally. That kind of support is just phenomenal.”

Need a boost in your productivity—with impeccable service to go along with it? Click here to find a Doosan distributor near you. You can also contact us at our New Jersey headquarters.