Do you mass-produce high precision automotive or medical parts? If so, the PUMA TT series was designed to be a reliable asset on your floor. With identical power and speed specs on the left and right spindles, it’s a massive time saver and efficiency booster in a compact footprint.

From aluminum to high tensile strength steel (including exotics often found in the medical industry), the PUMA TT and its linear guideways capably handle them all. And with twin left/right spindles and twin upper/lower turrets, it’s a perfect fit for bar feed applications where multiple operations can be split between the two spindles. 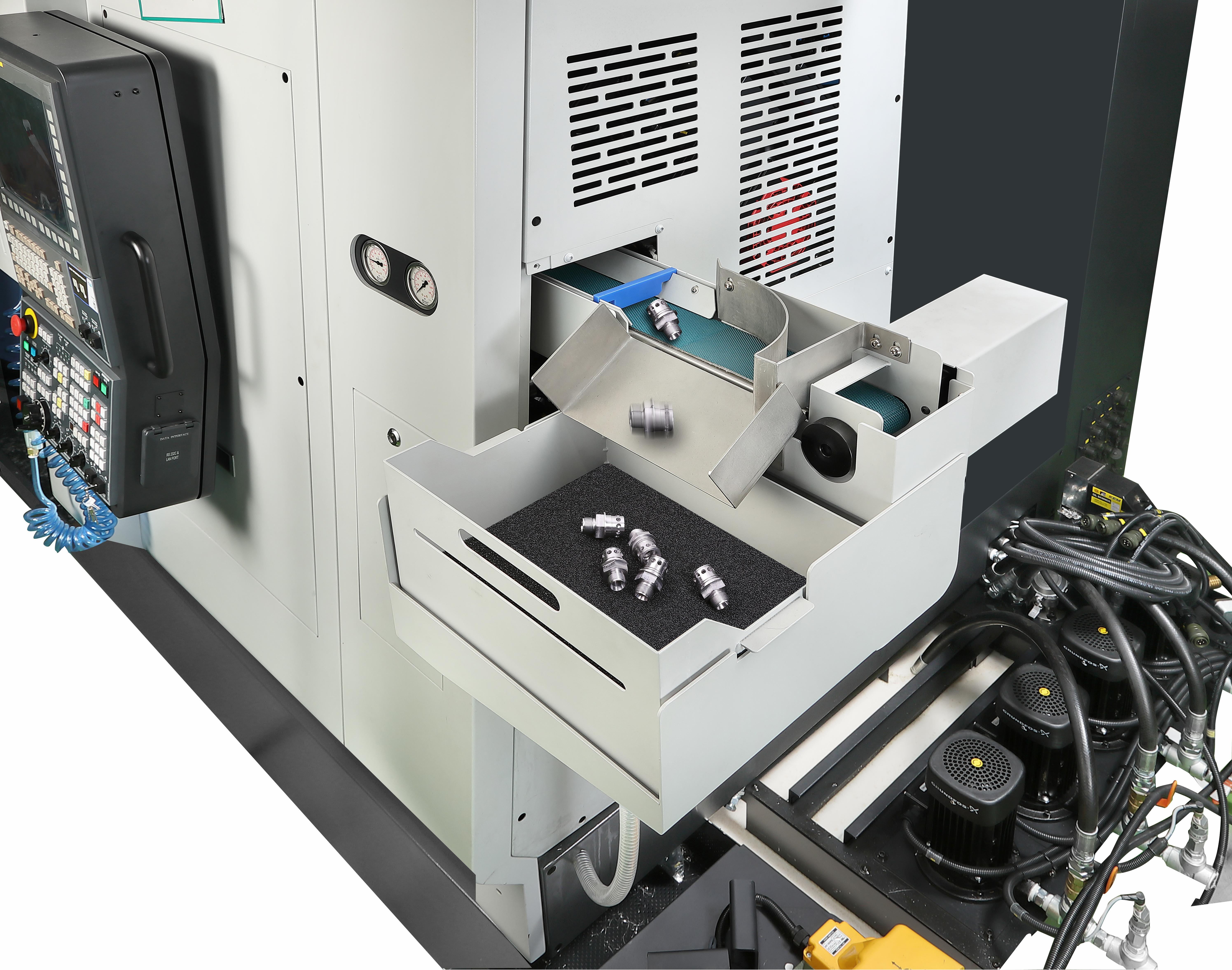 On that note, transferring parts between spindles is a breeze because the specs match. In other words, whatever feeds and speeds you have programmed on one spindle can be replicated on the other. Same horsepower, same torque and same speed equals the same cuts.

With the PUMA TT, there’s no need to stop what you’re doing. You can simultaneously machine Y-axis moves on both turrets at the same time, which is a huge productivity increase. Typically, each turret accesses its own spindle, but having both turrets attack a single part in a spindle slashes cycle time in a big way.

On top of this flexibility, the PUMA TT series has a few automation features that come standard on most models: bar feed interface, a parts catcher on the left spindle, a parts unloader above the right spindle and a parts conveyor. 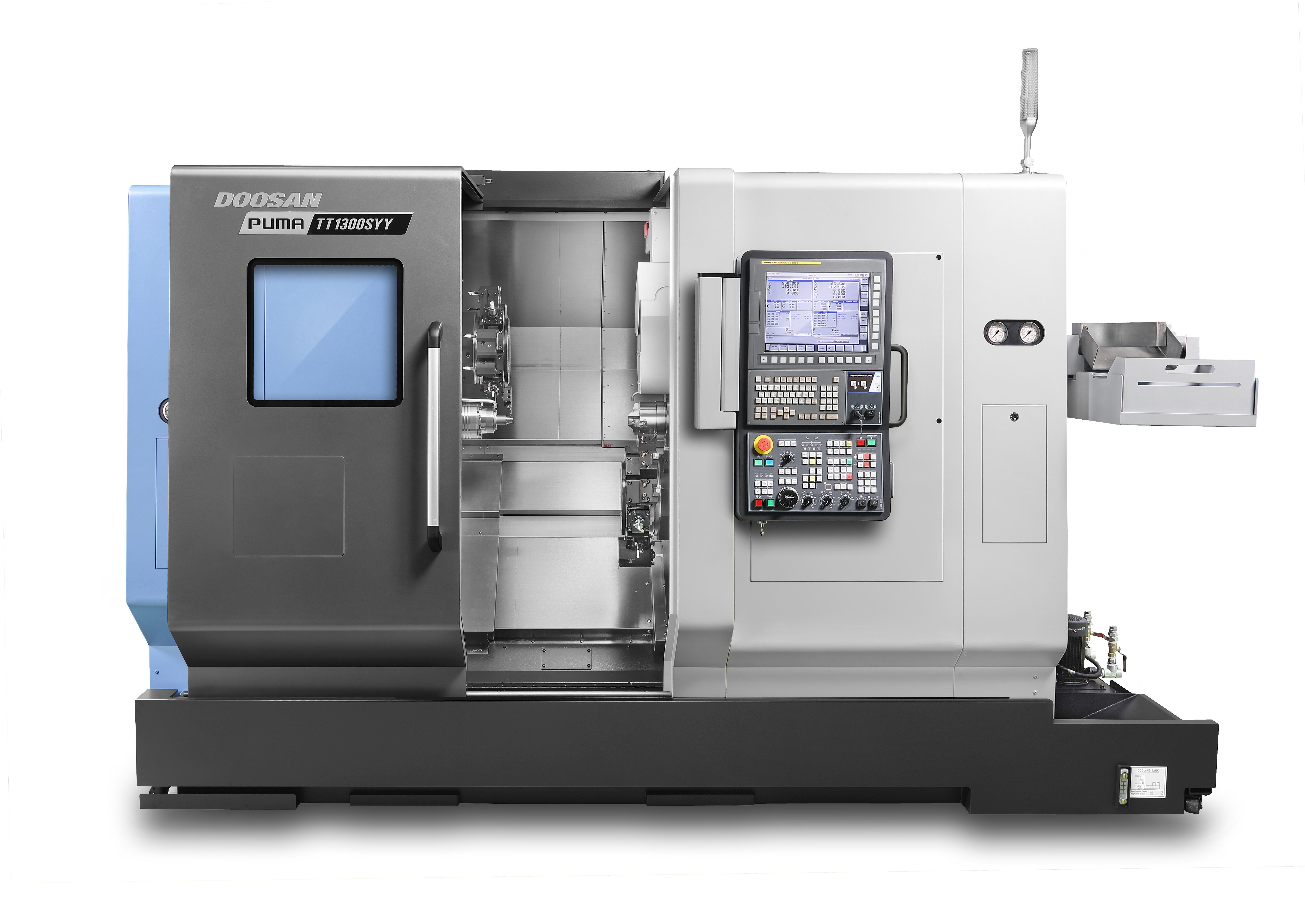 Which PUMA TT machine is best?

The answer to that question depends on your specific application, but there are a couple PUMA TT models that we’ll focus on because of their versatility and popularity: the TT1800SY and the TT2100SYYB.

The PUMA TT1800SY has been around for a while, but it’s still performing like crazy. The machine has an upper Y-axis (no lower one), a 2.6” bar capacity a maximum turning diameter of 9.05” and an 8” recommended chuck size. Its 30 horsepower, 5,000 r/min integral motor spindle is paired with upper and lower turrets that have live tooling capability of 5,000 r/min with 7.5 horsepower. It’s a proven and cost-effective member of the PUMA TT family. The TT1800SY’s spindle design is integral motor, which offers minimal vibration and impressive accuracy. 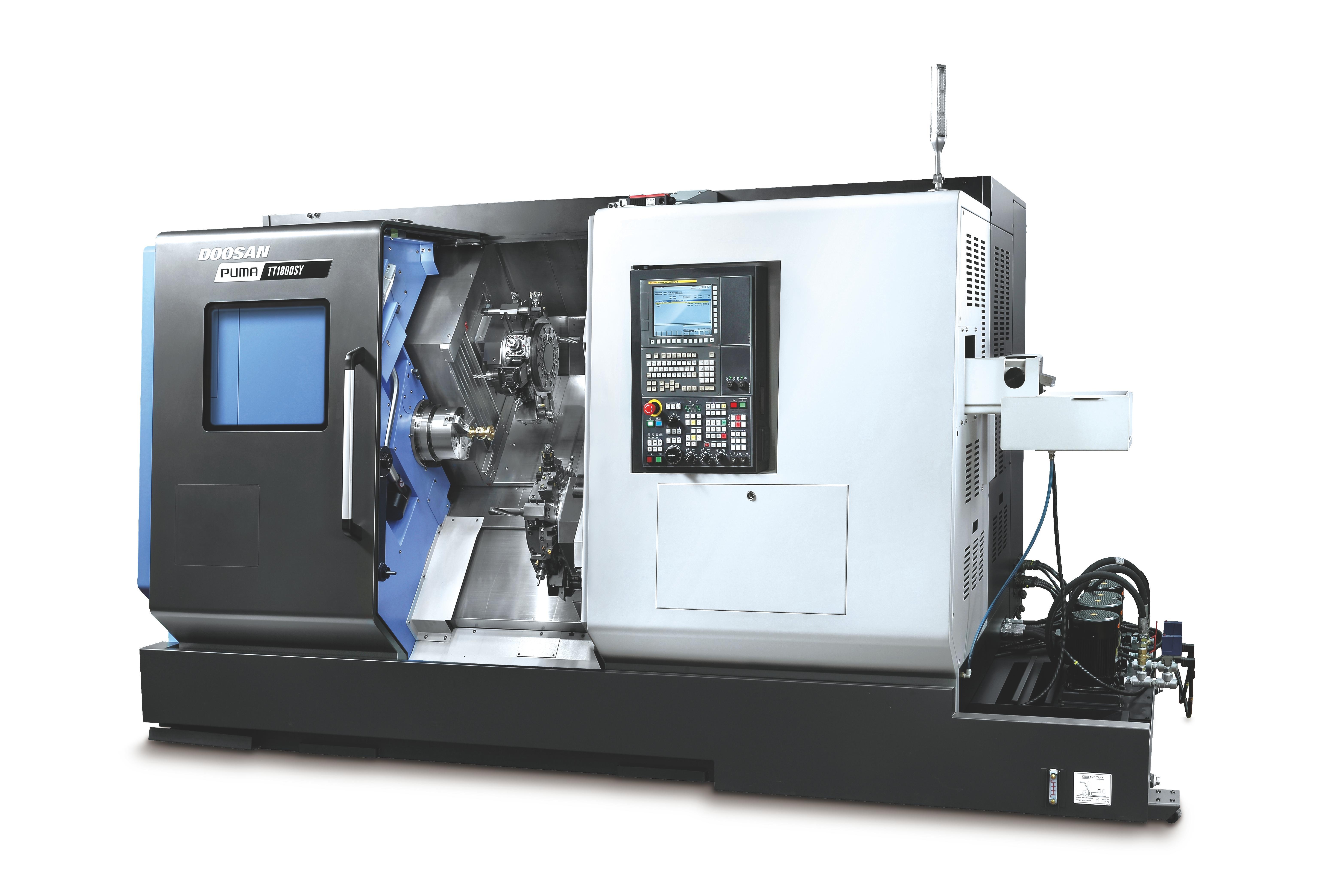 On the higher end of the family, we have the PUMA TT2100SYYB, an instant hit when it was released to the market. Note the two Ys in the machine’s name, which denotes a Y-axis on both the upper and lower turrets. It also has an 8” recommended chuck size and 9.05” maximum turning diameter, and its bar capacity is 3.2”. The 30 horsepower, 3,000 r/min belt driven spindle with 10 horsepower, 5,000 r/min live tooling lives on both turrets. The TT2100SYYB’s spindle design is short belt driven, which is carefully engineered not to impact C-axis repeatability—and is just as reliable as an integral spindle. 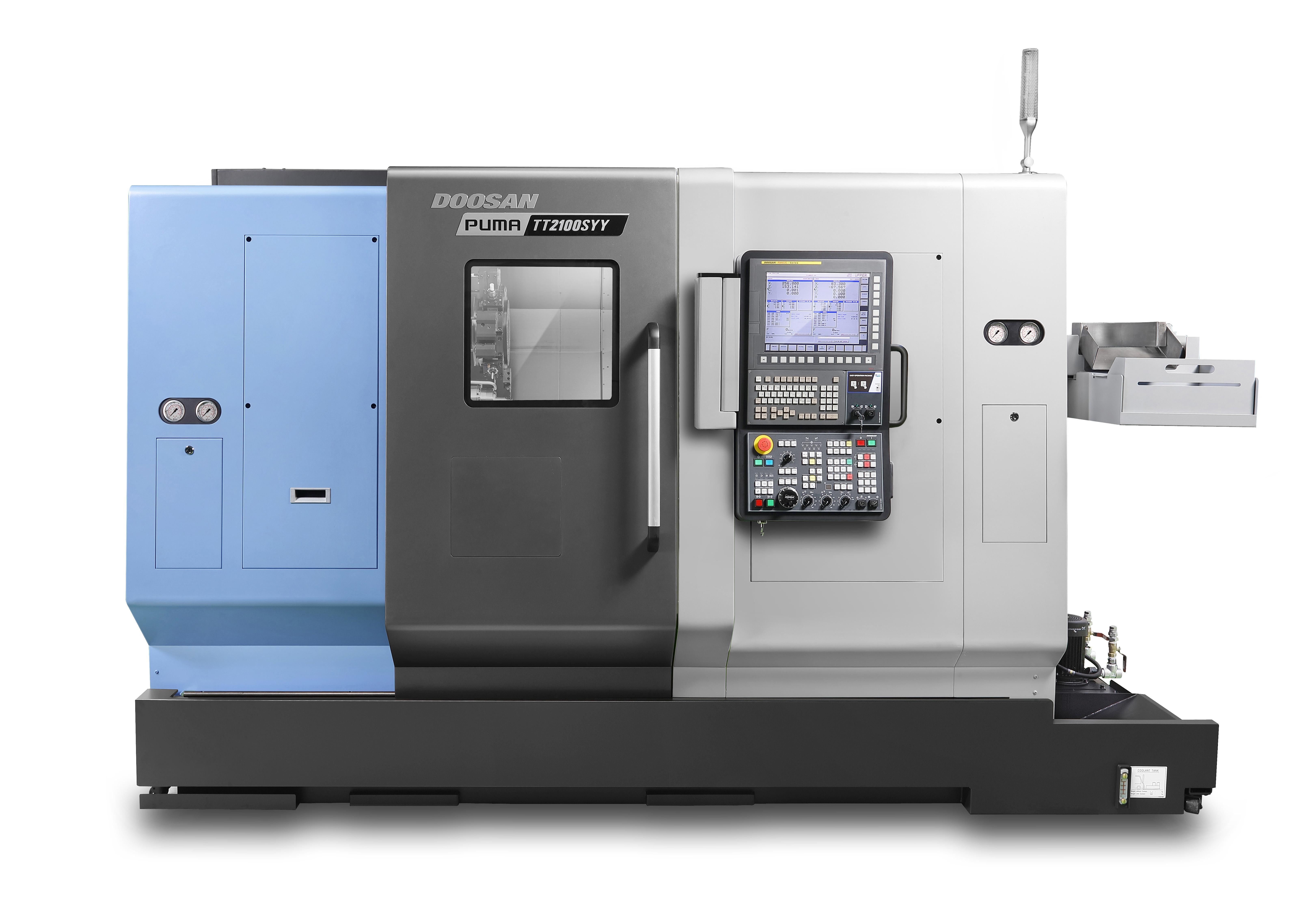 There are plenty of available options in the PUMA TT family, from the 1300 all the way up to the 2500. 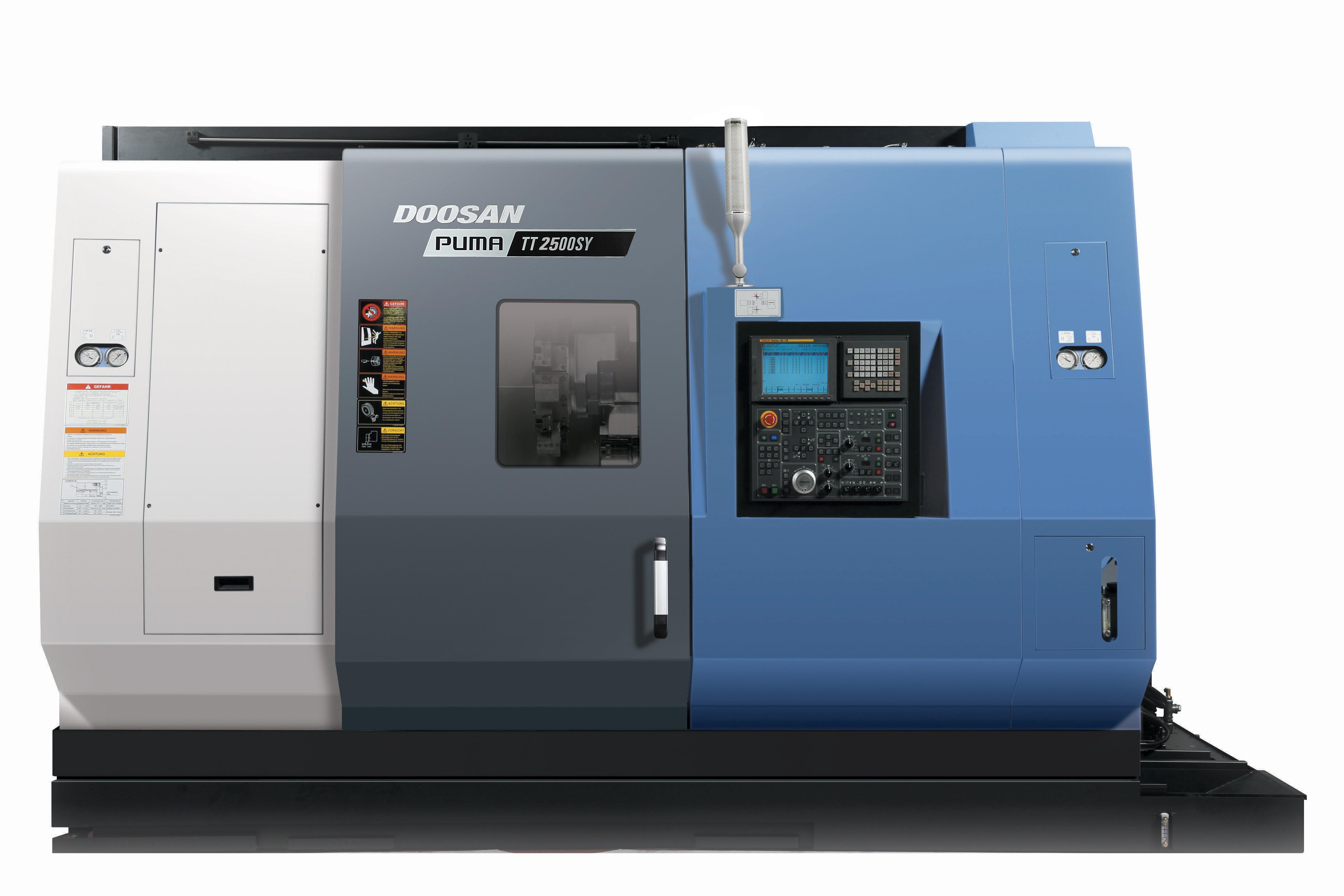 One of them is ideal for shops who mass produce small parts with speed and precision. To take a closer look at our bestselling turning centers, click here or contact your local Doosan distributor today.