Once upon a time, four General Mills electricians got together and decided to do a biker build-off. Tale as old as time. John, Brian, Ben and Brian had a goal of making their own custom bikes, and that meant they needed their own machined parts. That took more money than they had, so instead, John bought an old Bridgeport mill and Enco tabletop lathe.

For a while, they were just having fun making stuff and learning to program. “Then one day, a buddy of mine came over and said he was rebuilding an antique safe,” John said. “So we made these parts from aluminum, posted them on eBay, and sold over 300 sets specifically for antique safes. We’d never have dreamed there were that many antique safes out there.”

With money officially coming in, the group said goodbye to custom bike parts and hello to a bonafide company: JB3.

In May of 2018, JB3 got a text from a friend: an auction at a vocational school had a full-size mill and lathe up for grabs. “Production style, big boy stuff, no more tinker toy stuff,” John said. He pulled money from his 401(k) and savings, and they scraped together enough to buy those two machines.

“I hauled them with my trailer. The whole thing weighed like 27,000 pounds,” said John. “We put them into the shop and started machining more parts. Got hooked up with Pepsi, made some parts for them. Local metal fabricator nearby, made parts for them.”

JB3 ran into a guy looking for a whole lot of RC car parts, so they got to work. The work was good enough for him to bring his design from China back to the U.S., but there was a problem: they had to go faster.

“We couldn’t go no faster! The mill was running as much as it could. We needed another spindle,” John said. “We found a used machine in Pennsylvania that cost $6,000, so I applied for a bank loan.

Brian (one of the Bs in JB3) had enough machining experience to know what he didn’t want to work with. And he remembered that the Daewoo machines from back in the day ran for 20 hours a day with no problem. That put Doosan at the top of the list.

“We saw that the DNM 4500 with an 8k spindle was right in our ballpark, so we got on the horn with Jim Crowley at Ellison Technologies. We wound up saying ‘It’s now or never, boys,’ and we made the jump. Bought that DNM in January 2021, then bought another DNM 4500 with 12k spindle in August.” 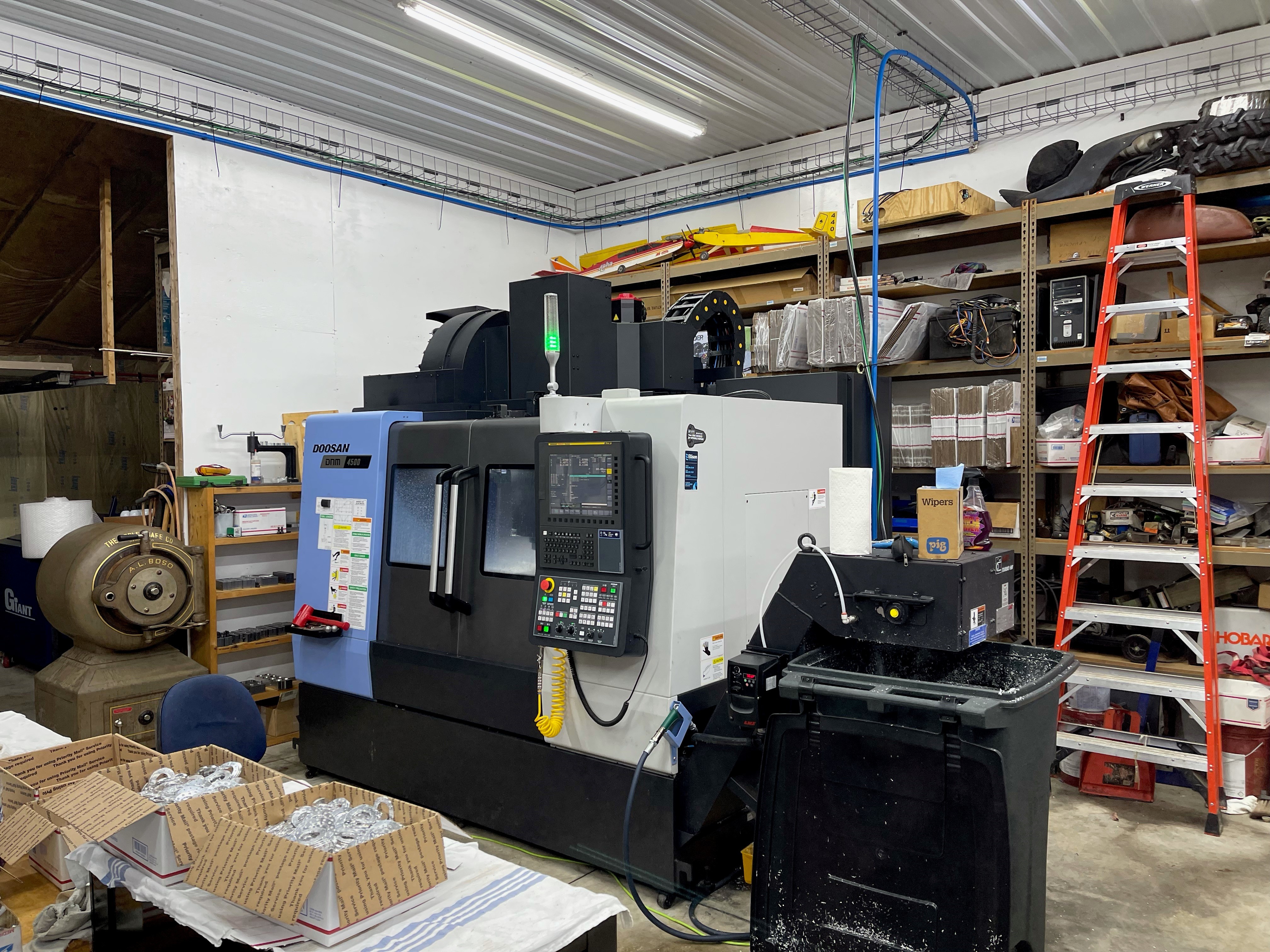 Enter the Lynx (and 10x revenue)

JB3 wasn’t done with the two DNM 4500 machines. After meeting with Jim in Cleveland, they fell in love with Lynx turning centers. The added a 2100 in September 2021 and couldn’t get enough of the easy operation, strong features and surplus of memory. 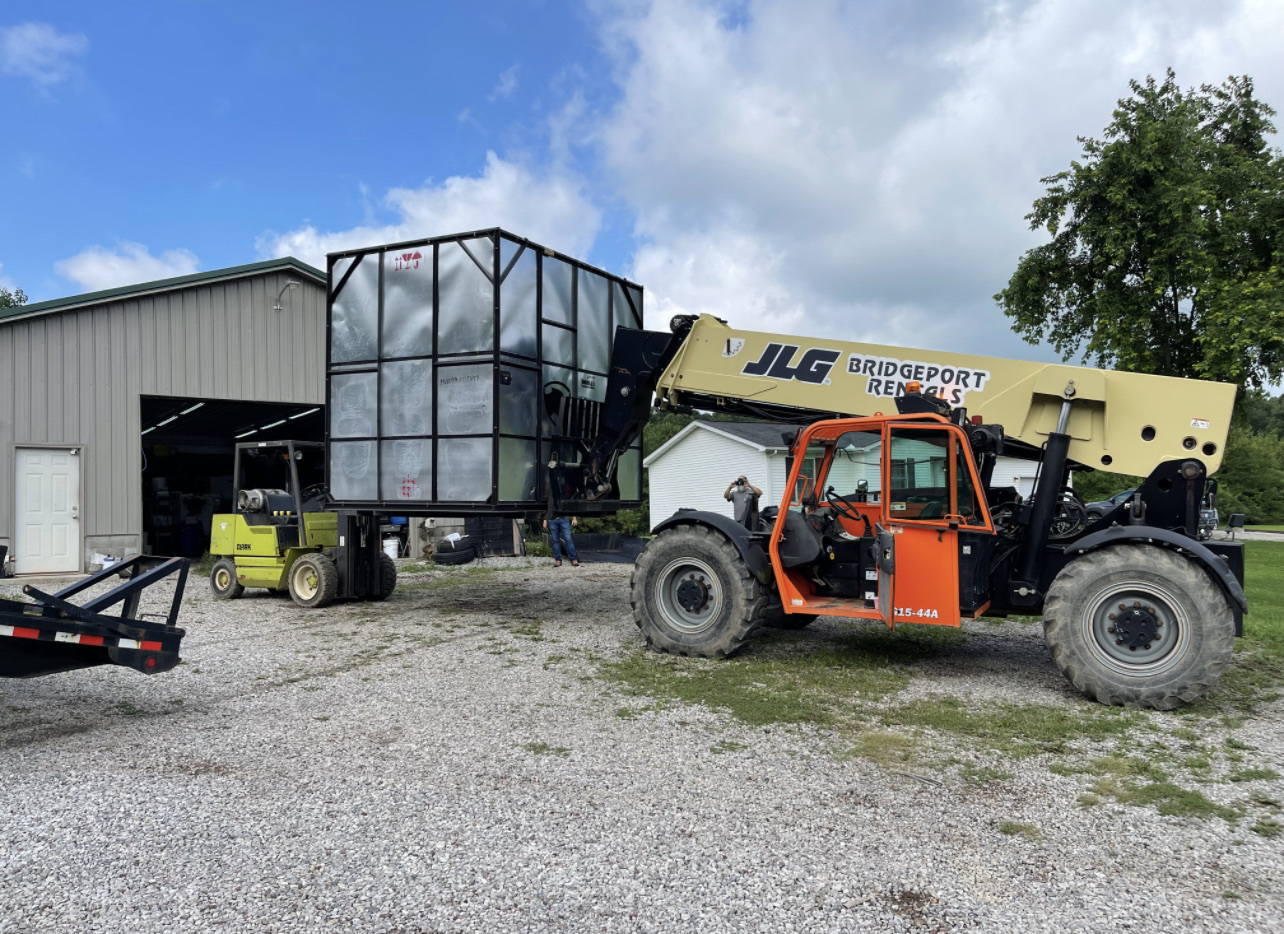 The difference with Doosan in the building has been nothing short of jaw-dropping. “Please don’t take this like I’m braggin’, I try not to do that,” John said. “But we did $50k in revenue in 2020, and we’re gonna do $500k in 2021. We still can’t make parts fast enough, but our RC car guy and his customers are happy now.”

More machines are coming to JB3—including a PUMA with live tooling and a sub-spindle—but the guys are just about out of space. That means one thing: a new facility.

“I found some property not too far from where we are now in southern Ohio. The plan is to build a 10,000 sqft facility next year if things continue,” John said.

It’s explosive growth they didn’t dream would happen. They’ve leaned on YouTube to learn just about everything, from coding and part-making to payroll and worker’s comp. John and Brian haven’t had anything handed to them; they’ve each worked 100-hour weeks for the past 5 years.

Right now, John still works full-time as an electrician. If the facility move happens, that might finally change. As he puts it, “More space, more machines, more jobs, more people to manage.”

When we asked him what he’d like to plug, John hit us with a first: he told us to shout out the banker that gave him a loan that was 13 times more than what he asked for.