Doosan is fortunate to have some really great people as customers. Not only are they warm and friendly, but many have the knack of building thriving businesses from modest beginnings under all types of circumstances. Not to mention the fact that they are walking encyclopedias on the topic of CNC machining.

First up is Eric Stieb of Zermätt Tool, a custom CNC job shop based in Bennet, Nebraska that specializes in serving the bioscience, aerospace and food industries. A spin-off company, Zermätt Arms, turns out custom, high-precision rifle actions.

This is Eric’s story. 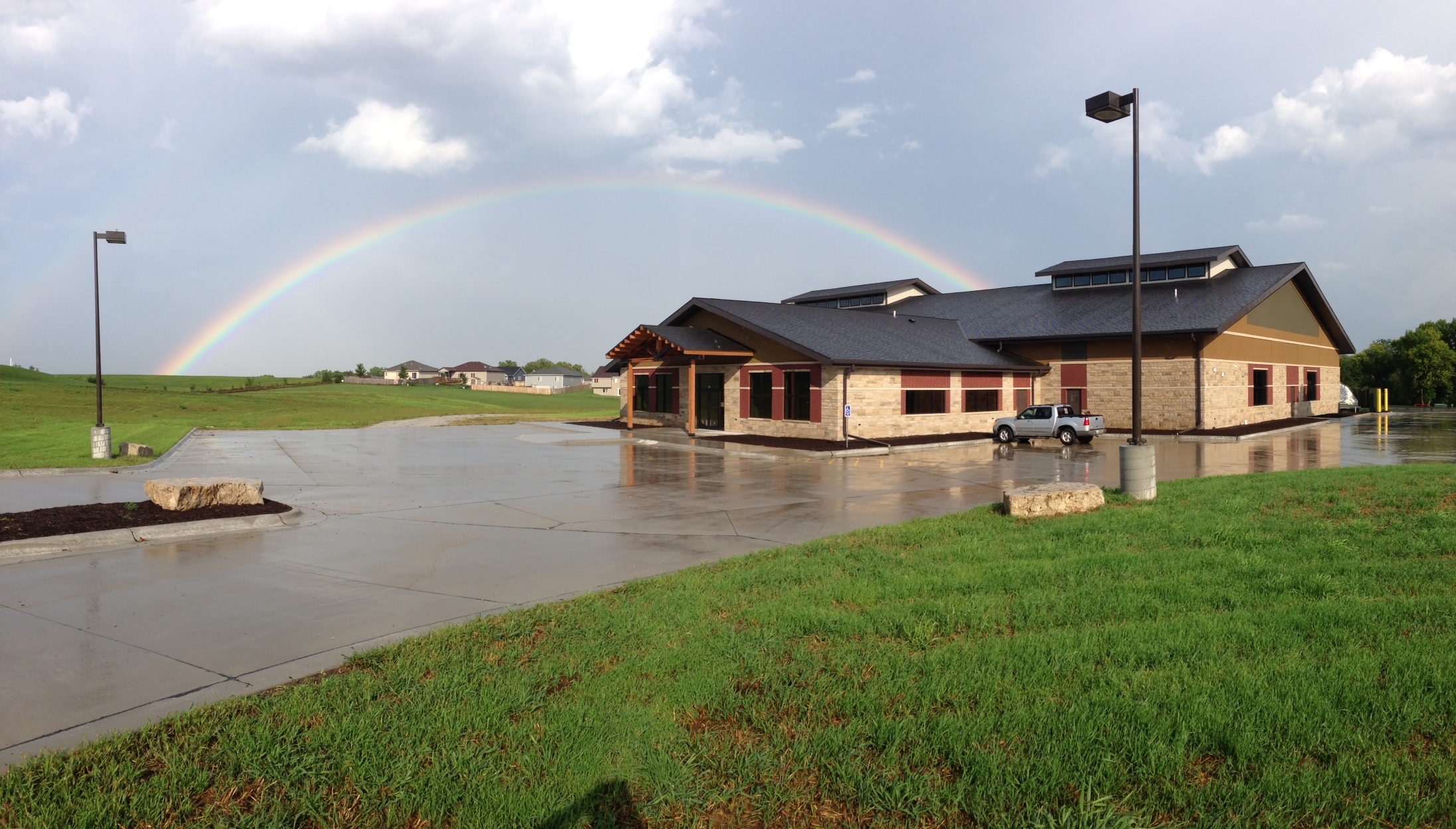 Eric wasn’t quite sure what path to take after graduating high school. His older brother was taking an automotive class at a local trade school. That seemed like an option, so Eric followed and enrolled in a class covering manufacturing, engineering and programming. It gave him the basics in theory, drawing and writing, and working with CAD. “Part of the curriculum was a two-hour lab class where students were making a tool maker’s vise, which exposed me to some machining disciplines,” Eric said. “It was the ‘ah-ha’ moment for me. Using my head and my hands together was something I really enjoyed.”

Eric completed that 18-month program and then took another one on machine tools. “I had no idea what machine tools were before enrolling. It was an eye-opening experience that allowed me to complete my second degree of sorts.”

Upon completing his studies, Eric took a job at a small tool and die shop in Lincoln, Nebraska. “I was able to work with CNCs, manual machines and electrodes, making fixtures and molds,” he recalled. “I had the opportunity to get into mold design, and because I had the manufacturing engineering degree, it gave me the foot in the door to take more training on that.” Eric only spent three years in the shop, but it gave him a lot of valuable experience and exposed him to a variety of machining applications.

Eric’s next position was with MetalQuest Unlimited, which was a startup at the time. “Today, they are the gold standard when it comes to manufacturing, with well over 65 employees,” Eric said. “But back then, it was just owner Scott Harms and me. I was able to be a part of the company startup and initial growth.” It didn’t take long for them to pick up speed and started realizing some level of success. “MetalQuest is an incredible company,” Eric said. “I was very grateful to be a part of their development.

In 1999, Eric and a partner opened a new job shop in a 6,000 square foot building outside of Lincoln, Nebraska. “I took anything we could get into the door to make,” he said. “It was a lot of hard work, but being single, I was up for it.” Eric says his main goal at the time was building relationships, not earning a paycheck.

Eric admits the first few years were slow. “I wondered if this was what it was going to be like,” he said. “But I kept focused on what I needed to do to grow the business. I’m nothing if not persistent.”

Eric says the shop really started seeing some level of success about twelve years ago. “We had a few really good customers that helped us get through the 2008 recession,” he said. “While a lot of shops were struggling, we had a fair amount of momentum.” In fact, business was so good that the company outgrew their space and began to think about building a new facility. “That took a horrific amount of time and things did slow down in the shop,” Eric said. “But we kept our heads down and kept working on the projects in house as well as bringing in new customers and keeping up with the growth of the ones we had.” 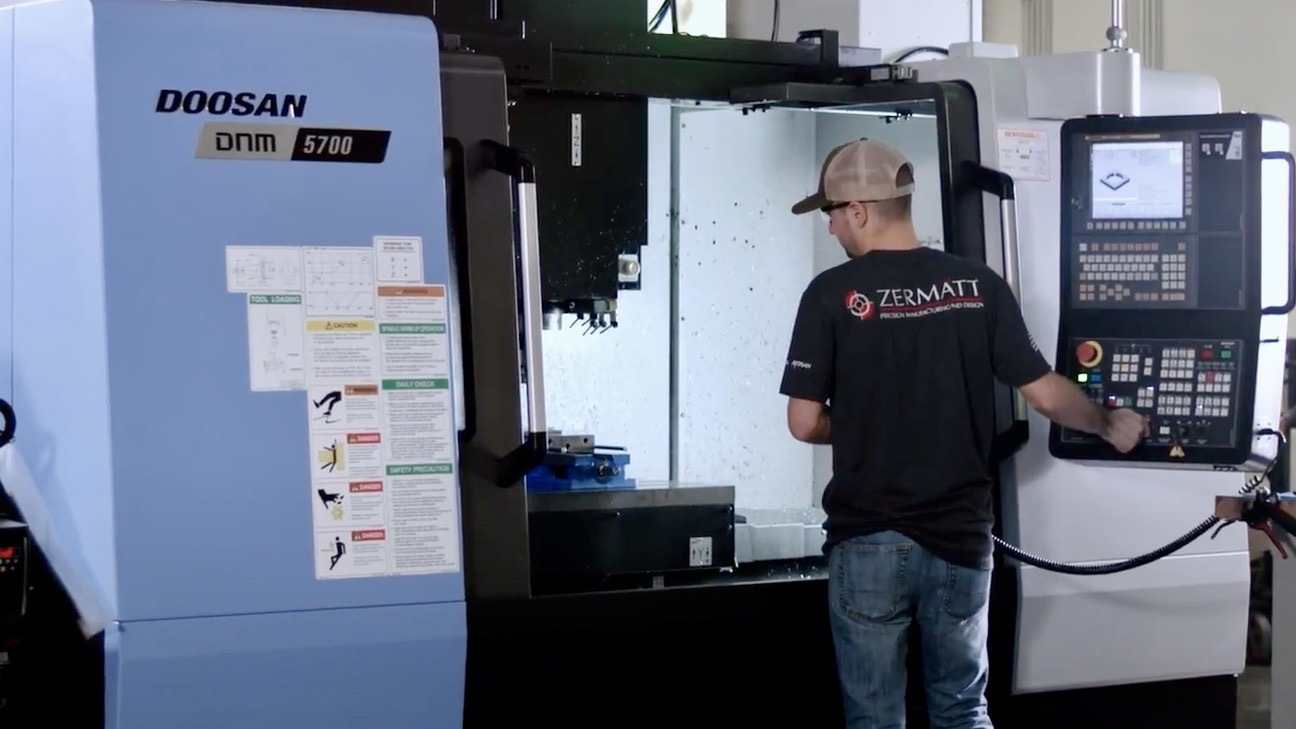 The company now employs 24 people with over 34 CNC machines on the floor in a facility four times the size of the original. The building was custom-made with employees in mind. Special attention was paid to lighting and windows that give a feeling of the outdoors. 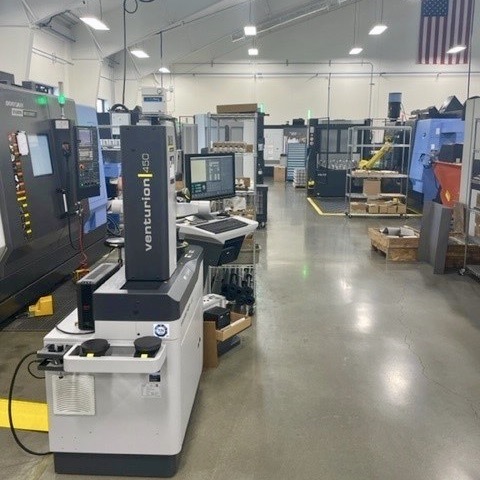 More space means more equipment. Eric estimates that he has spent well over $1 million dollars in capital expenditures this year. Naturally, he turned to Doosan and Ellison Technologies for his needs. “We just bought our 5th mill-turn center, a PUMA MX 2100. We also purchased three new DNM 4500s. I couldn’t be more pleased with what Doosan’s done for us.” He especially appreciates that they come standard with the things that people want, like high pressure coolant, probes and touch setters.

A good place to be

Eric says that he is comfortable with where Zermätt is at this time, and is happy with its growth and the current crew. He has built a great company and facility backed by a strong culture. Thanks to his laid-back management style, the atmosphere in the plant is relaxed but focused. He listens to feedback from his employees and does not hesitate to initiate changes as long as the work gets done. “We’re pretty flexible about starting times, lunch breaks, and time off for school events,” Eric said. “Workers today want to spend quality time with their families.” This insight might stem from the fact that Eric himself is now married with three children. “I never thought I’d get married because I was so involved with work,” he said. “But now I love to find the time to go to music recitals and flag football games. I wouldn’t miss it for the world.” 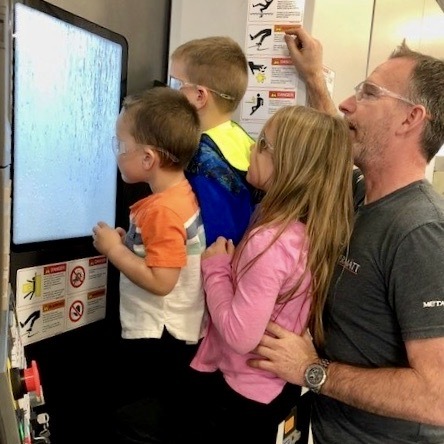 Eric keeps in close contract with his work force by making sure he spends part of each day on the shop floor. “It’s paramount for me, leadership-wise, to be out there working, even on menial things. The guys know I won’t ask them to do something I wouldn’t do.”

Eric says that one of the major keys to his success is that he has always had to work hard to get ahead. This work ethic has remained a constant throughout his career. Leading by example, Eric is still happy to outwork everybody else.