Many manufacturing companies are not only successful business enterprises, but an integral part of the communities in which they work and live. One example is long-time Doosan customer Continental Engineering & Manufacturing (CEM). Based in Chaska, MN, CEM handles all of their customers’ machining, welding, assembly and coating needs from one-piece prototypes to volume production runs. But they also lend their support to several regional non-profits.

One of these is the Eden Prairie High School Talon Robotics Competition team. The team is a student-run and mentor-guided club that participate in FIRST Robotics Competitions. The high schoolers aspire to be the engineers and problem solvers of the future.

The Origins of Talon Team 2502

FIRST (For Inspiration and Recognition of Science and Technology) is an organization that was founded in 1989 to inspire young people's interest and participation in science and technology. Based in Manchester, NH, the not-for-profit public charity designs accessible, innovative programs that motivate young people to pursue education and career opportunities in science, technology, engineering, and math, while building self-confidence, knowledge, and life skills. In 2019, over 3,800 robotic teams are involved representing 35 countries.

Team 2502 (Eden Prairie) was started in 2007 by a group of five students who wanted to be on a robotics team. Since this time, they have inspired many other students to pursue STEM (science, technology, engineering, and mathematics). The team has now grown to over 40 committed members.

The team has multiple sub teams, broken into a Build side and a Business side. The Build side handles CAD, build, electrical, pneumatics strategy and safety. The Business side covers marketing, applying for awards, community outreach, fundraising, a website and social media.

As you may suspect, building a multifunctional electronic robot isn’t cheap. And unfortunately, the school district does not provide ANY funding, so sponsor donations are critical to the team’s success. That’s where CEM and other sponsors come in.

Seven years ago, Eric Anderson, President of CEM, was approached by a sales representative he knew about sponsorship of the team. Interested, Eric asked if he could talk to a student. Instead of a phone call, the student arranged a face-to-face meeting. “I was immediately impressed,” Eric said. “Not only was this student knowledgeable about manufacturing, he was very passionate about the program, comfortable and effective in presenting his case for sponsorship.”

According to Eric, it was one of those “aha moments.” Like most astute manufacturing professionals, Eric knows all about the skills gap. “I like to go for the WIN-WIN-WIN,” he says. “Here was an opportunity to give back to the community, engage with talented students and help create a new talent pool for the manufacturing industry.”

CEM finances the team’s travel every year. Parent’s also contribute. There is also some scholarship money. “No one is left behind,” Eric said. “Everyone team member gets to go.”

Besides the sponsorship and donating the machining time for the parts, CEM has also offered apprenticeships and summer jobs for students. “The 18-year-olds can be mentored on our Doosan machines,” stated Eric. “The others help in assembly or pull components.”

The company also has an end of the year fundraiser where students help with the physical inventory. “The kids get some pocket money and the rest goes into the program,” Eric stated. “And lately we’ve started offering some TIG welding classes during Christmas break.”

Mentoring is another part of the program. It can cover anything from an engineer’s help with part design to basic supervision in the room during the build, and everything in between. Eric was a Build monitor for 3 years and then spent the next 3 years as a Marketing mentor. Electrical and programing engineers in the company have also been involved.

CEM not only provides financial support, but also machines parts for the team. “We wanted to make it educational from the start,” Eric said. “We bring the team in for tours and let them watch while we machine their parts on the company’s DNM 400 vertical mill. They can see how the process unfolds while we explain the principles of machining. 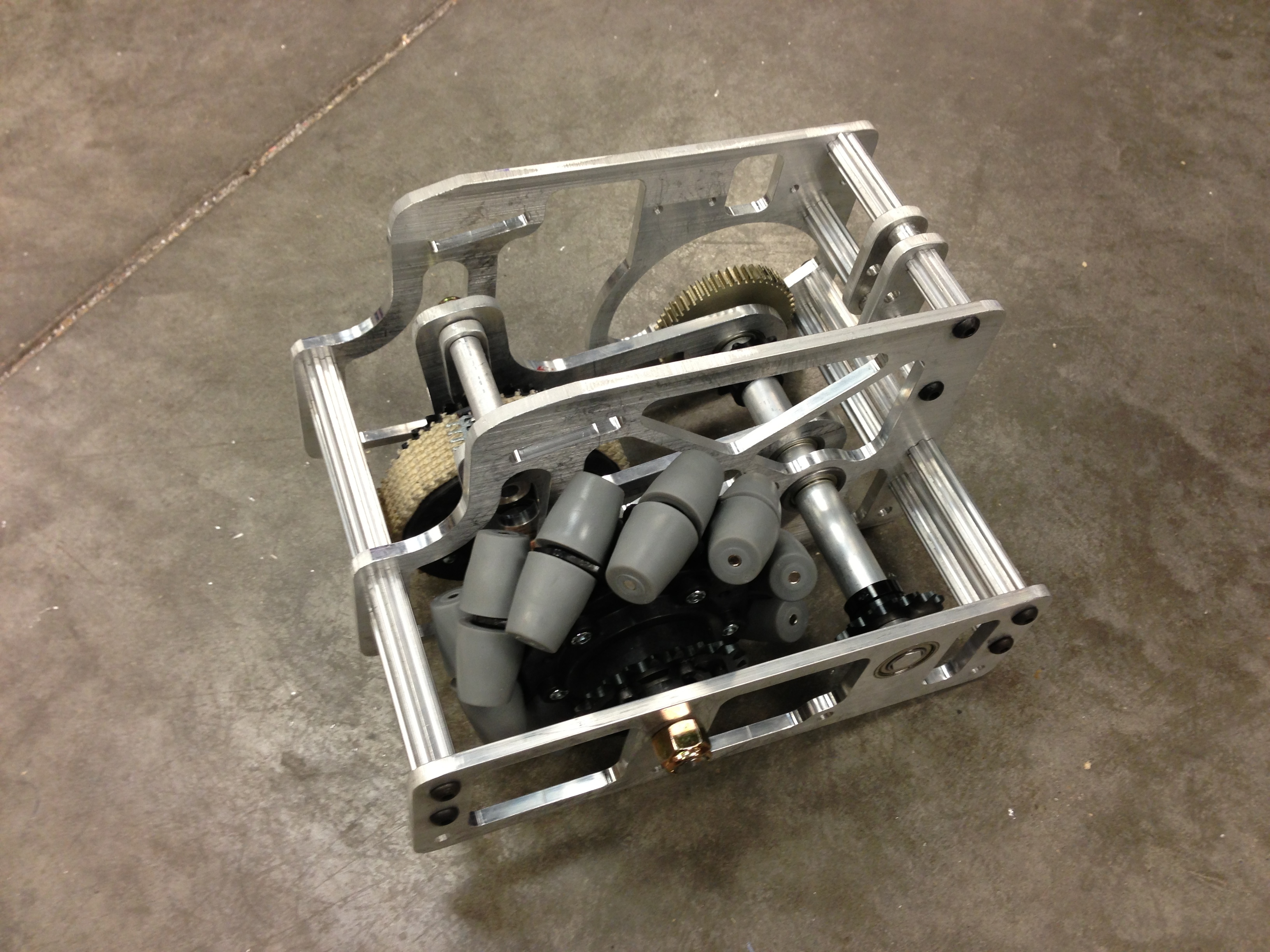 “We write and export the CNC program, set it up and let them watch it in motion. There are usually a wide range of working components for the chassis or frame of the robot, aluminum plates with bearing pockets, as well as pivoting arms and hinges. Most of them are made of aluminum and run on our Doosan VMC’s and a few are made on turning centers. It’s fun to watch them as they see the parts they designed come to life.” Eric and his team also give the students orientation on other machines in the facility, such as the NHP 6300 Horizontal Machining Centers. 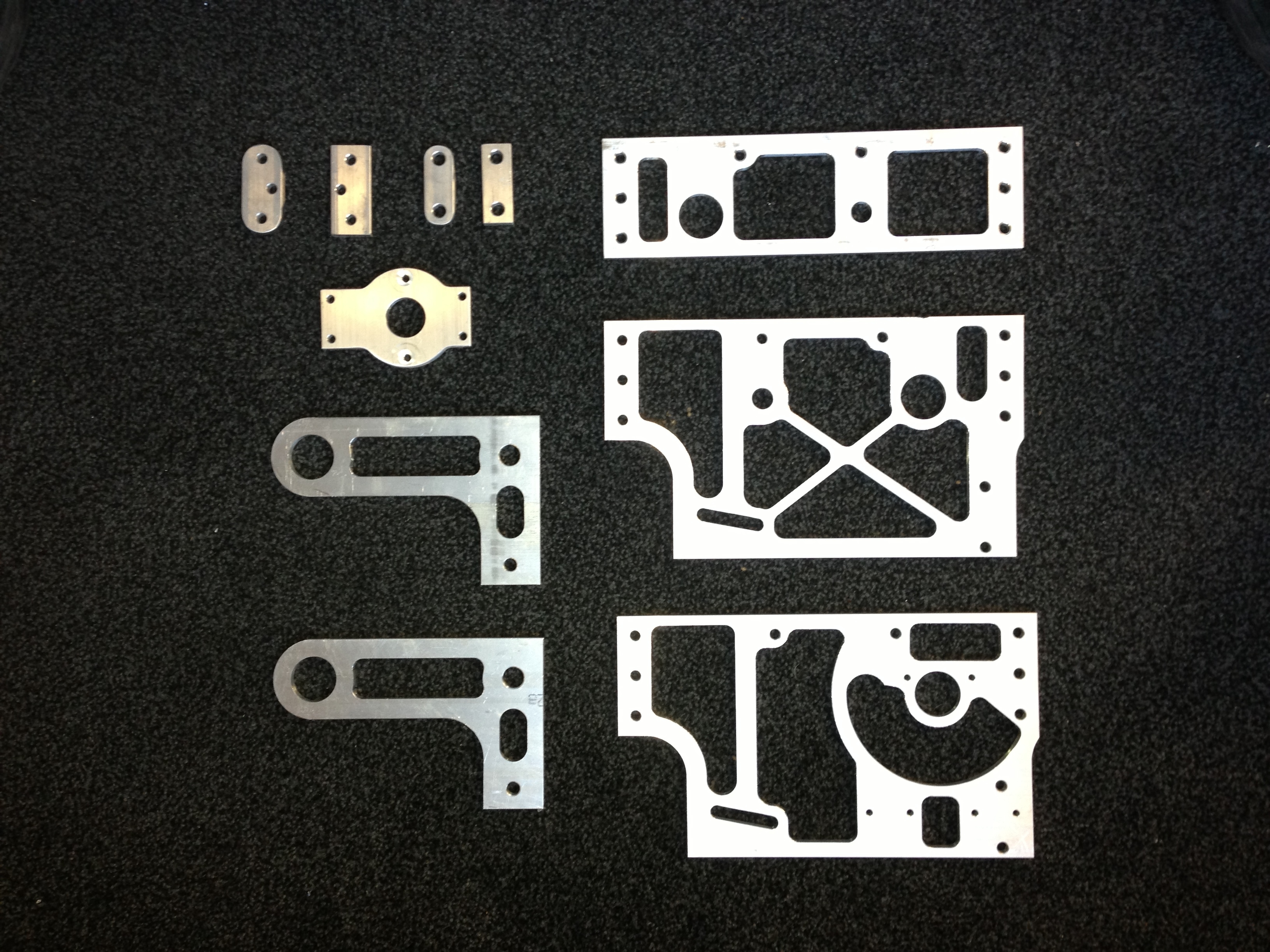 Doosan Machine Tools and distribution partner Ellison Technologies are proud to be part of the success of CEM and the Talon Robotics Team. CEM has purchased 16 Doosan machines through the years and together Doosan, Ellison, and CEM are all enjoying what Eric referred to as win, win, win.

“We really value our partnership with CEM and the opportunity it gives the students at Talon Robotics,” commented Jason Pawelk, Sales Engineer for Ellison Technologies. “Seeing their excitement both in machining technology and robotics means a bright future generation of engineers in manufacturing.”

In both 2016 and 2017, students from Team 2502 were accepted to MIT. Students from the program have found careers in major businesses like Eaton Corp., MTS Systems and CEM. “We’ve found that their experience with the Talon team helped boost their resumes to the top of the pile,” Eric stated.

Isaac is a current member of Talon Robotics. He is working at CEM this summer as an intern in their Quality Control Department. Isaac says he enjoys being in the job shop environment, especially learning about tools like SOLIDWORKS, a solid modeling CAD/CAM program. This is a program that he's actually received some training on previously at Continental. "There are times I need to reverse engineer parts, even like a simple bushing that needs to be machined. So, I'll go ahead and measure critical dimensions of the part, enter it in to SOLIDWORKS and send it off to the CNC programmer.

“It was eye opening to walk into a manufacturing facility for the first time,” Isaac remarked. “I was used to seeing drill presses and hobbyist level tools, but seeing a CNC mill for the first time put everything into scale.”

Isaac also said that being in Team 2502 and meeting Eric and the Continental crew has given him an opportunity to gain practical knowledge and experience, as well as create connections in the manufacturing world. Isaac sees himself going on to college to get a 4-year mechanical engineering degree, so it definitely seems a manufacturing career is in his future.

Eric says the company benefits from creating a talent pool for tomorrow’s manufacturing needs, but more importantly, employees get the satisfaction of watching the kids grow up and learning about manufacturing first hand. The whole company cheers “their” team on through the competition. “The best part is seeing a student with a creative mind getting turned on to manufacturing is by watching a CNC artist (Machinist) at work.”

When asked what advice he would give a company that is thinking of sponsoring a student program, he simply stated, “Stop thinking about it and do it. You won’t be sorry.”

You could say that Doosan and Ellison have taken Eric’s advice. After hearing his story and seeing the students in action, both have become active sponsors of Team 2502 as well. And they are very pleased that they did.

You can contact the students from Talon Robotics (captain@team2502.com www.team2502.com) to get information on a Robotics team in your area.