How This Doosan Distributor Got Its 35-Year-Old Machine Back

J.M. Grisley Machine Tools, Inc. has a rich machine-selling history. It started back in 1927, when James Marion Grisley boarded a train from Park City, Utah to Cincinnati, Ohio on a request from a friend in need of a 22” lathe. He returned to Utah as the distributor for Cincinnati Machine Tools and Leblond Machine Tools.

In the early 1980s, J.M. Grisley signed on as a Daewoo distributor. Today, they cover Utah and Colorado. Not long after initially signing, they sold their first Daewoo: A PUMA 10 8HC with FANUC series O-T controls.

Fast forward to 2017, when Lars Grisley realized that very same Daewoo—the first one ever sold in the western U.S.—was still alive.

Lars’s mission was now clear: Get that Daewoo back.

That first PUMA 10 is a meaningful part of J.M. Grisley’s history, a living symbol of the success the distributor has had selling Daewoo and Doosan machines. “When I pulled it out of production,” Lars said, “It was beaten to death. We fixed it up and it still runs well. We really wanted it back because it’s a collector’s item of sorts.” It’s now in the J.M. Grisley showroom, and Lars is staying vigilant about keeping it there. “People walk by and want to buy it, and I have to tell our guys ‘You are NOT selling this thing.’”

The PUMA 10 was originally purchased by a packaging company, and the machine stayed in production until 2015 when it was replaced by a Doosan PUMA 2600 Y. So the PUMA 10 gets a cozy retirement, J.M. Grisley has a piece of their history on display and the Doosan customer is staying productive. That’s a win-win-win. 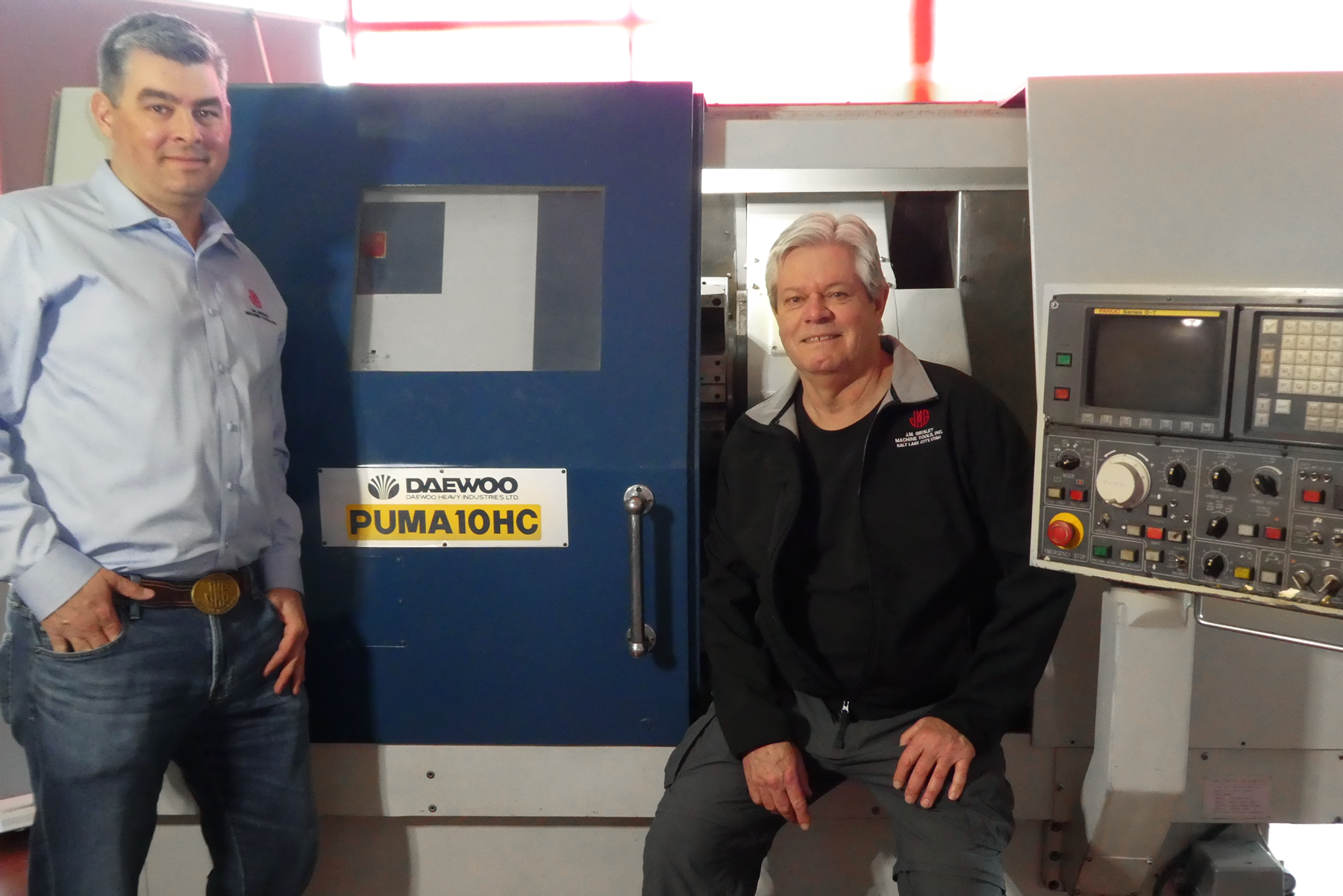